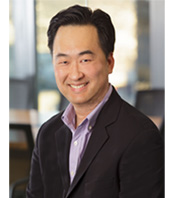 He has obtained several seven figure awards in trials and arbitration matters and has favorably settled a number of other cases in which combined recoveries were well over $300 million.