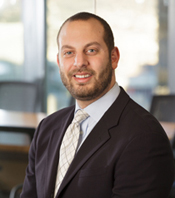 Joe Tuffaha is a partner and chair of the firm’s commercial and class action litigation practice groups.  In addition to his active litigation and trial practice, Joe frequently counsels clients in their general business dealings.  Joe also has extensive global experience related to government enforcement matters, internal investigations, and regulatory compliance, and has appeared before major U.S. federal regulatory agencies.

Prior to joining LTL, Joe served as in-house legal counsel (Director) at Herbalife International of America, Inc., where he handled high-profile regulatory matters and class-action litigation.  Prior to that, Joe was a litigation associate at LTL, and an associate at Severson & Werson, P.C., where he represented some of the nation’s largest and most influential financial institutions in all stages of litigation in state and federal court, including cases arising under TILA, RESPA, FDCPA, UCC, CLRA, and state unfair competition laws.

During law school, Joe served as a full-time judicial extern to the Honorable Kim McLane Wardlaw of the United States Court of Appeals for the Ninth Circuit, and participated in the California Department of Justice, Business & Tax Section’s Clinical Honor’s Program.

Joe is admitted to practice in California and New York.

Joe is an accomplished musician who has collaborated with Grammy Award-winning artists and has performed live on television and radio.