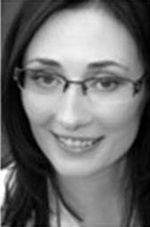 Kate E. Cassidy is an experienced trial lawyer whose practice focuses on high-stakes commercial litigation and intellectual property disputes, with an emphasis on patent litigation.  She has represented companies ranging from startups through Fortune 100 companies in a variety of industries, including:

Kate has litigated in jurisdictions throughout the country, including courts in Delaware, California, Texas, Minnesota, New Jersey and New York and in international and domestic arbitration.

Kate maintains an active pro bono practice, including a longstanding representation of Advocates for Children, which helps New York children with special needs obtain a free and appropriate education. Before joining the firm, Kate practiced in the New York offices of Quinn Emanuel Urquhart & Sullivan, LLP and Nixon Peabody LLP and as a foreign attorney in the Washington DC office of Willkie Farr & Gallagher LLP.

Kate is admitted to practice in New York.