In just the past couple of years, our lawyers have briefed and argued several appeals—including three in the Ninth Circuit and two in the California Courts of Appeal.  We have won all of them. 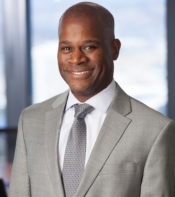